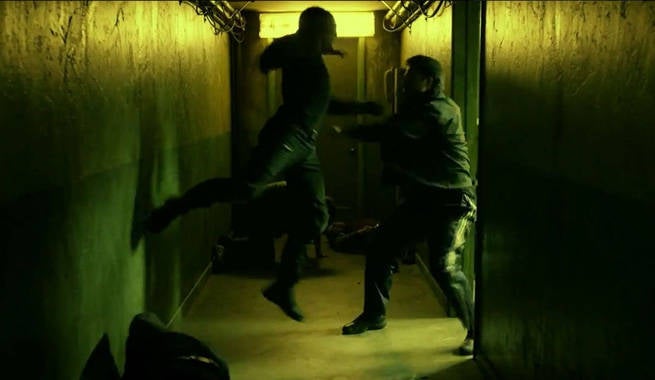 Last year when the Netflix series Daredevil dropped there was one thing everyone could talk about- the hallway fight scene.

It was epic. It was brutal. It was so completely Daredevil that it cemented the show as amazing and set a high bar for super hero shows after that.  But now that season 2 is about to drop, how will the stunt team build on that scene?

All we ever want to do is continue to tell the stories that the writers are writing,” stunt coordinator and second unit director Philip Silvera told ComicBook.com in an interview at the premiere. “We’re not doing extra gags for the sake of doing them, or longer fights for the sake of it, it’s what’s driving the story forward. That’s important to the action design of these characters. We have more characters with more designs, and more stories we’re telling, and it’s always unique to them.”

As far as his personal favorites – “that’s like the ‘which child do you love most’ question,” he joked. He did offer up some specific teases, though.

“Three has a great sequence, it’s different, almost like we’re paying homage to the hallway fight in season one, but it’s a totally different story, so it’s got its own base to go on,” he teased. “Then there are episodes down the line that I’m really excited for. Episode 9, Episode 11, I think every episode has great scenes, though.”

The Tick gets one more shot
So far from where they’ve come, and it’s not tomorrow yet. A Walking Dead recap.
Comment

How many days left?!?