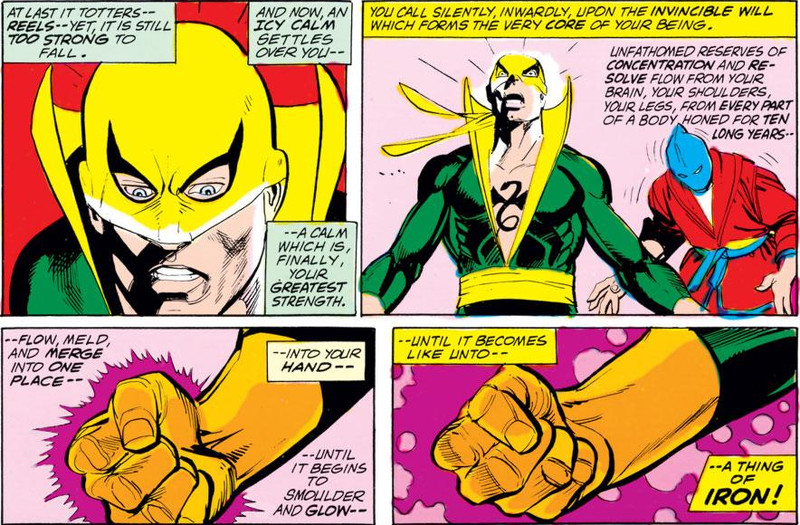 Marvel finally got around to casting the lead in the last of their four Netflix shows, and the internet got all pissed anyway. On Thursday, the Hollywood Reporter and EW confirmed that Iron Fist would be played by Finn Jones (Loras Tyrell, the Knight of Flowers from GoT).

This casting is in line with 40 some years of comic book cannon, the character of Iron Fist is a white dude with super kung-fu powers.  Yeah, he’s straight out of the Kung-Fu crazy from the 70’s. It’s super awesome.  So why is the internet getting angry about casting a white guy in the role of a white guy character?

Because Marvel had a chance to cast an Asian-American actor in the role and bring some diversity to their Netflix lineup and decided to go with a white guy. Again.   So now there is the reaction- why didn’t Marvel take the chance- to the counter response “how dare you mess with the character!”  It’s not that the internet is upset that Iron Fist wasn’t case with an Asian actor. The internet is upset that some people suggested that he be cast with an Asian actor.

It’s the ugly fan boy side of comic books coming out against any perceived threat to the beloved character.

I get it. No one wants the corporate taskmasters to come in and make arbitrary and pointless “creative” changes to the characters. We had enough of that (I’m looking at you DragonBall the Movie). But how would changing Iron Fist from one more white dude super hero appropriating Asian culture to an Asian actor change the essential qualities of the character?

The answer is that it would and it wouldn’t.

It wouldn’t change things because  it would still be the same story- a chosen one learning mystical kung-fu and then fighting crime.

It would change things because now it’s not another white guy taking over Asian cultural icons. Now it’s an Asian getting to be more than a side-kick. More than a generic thug who knows some martial arts and only exists for a white guy to beat up.

So, yeah, Marvel went with an actor that looks like the character and missed a chance to expand what the idea of a super hero looks like.